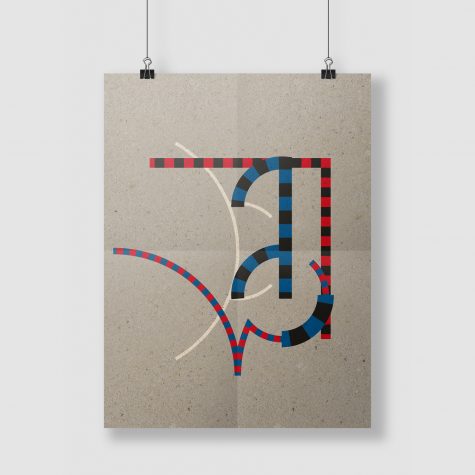 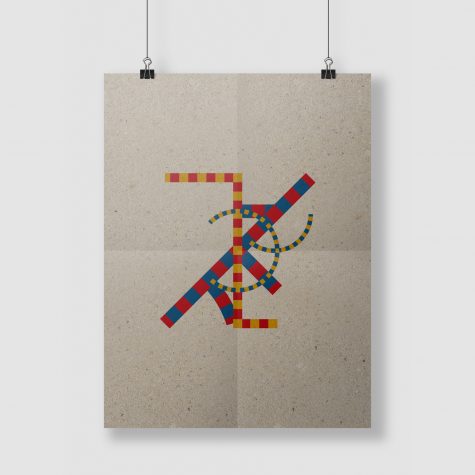 These illustrations show the words ‘Debut’ and ‘Fin’. The prints were made for the closing exhibition of the graphic school I studied in 2015. One was hanging at the start of the exhibition, the other at the end. Different to the black and white prints for ‘Earth, Air, Fire and Water’, more values were used to form the illustrations: the weight of each line and the dashes depend on its numerical value, the colors depend on the classical elements …