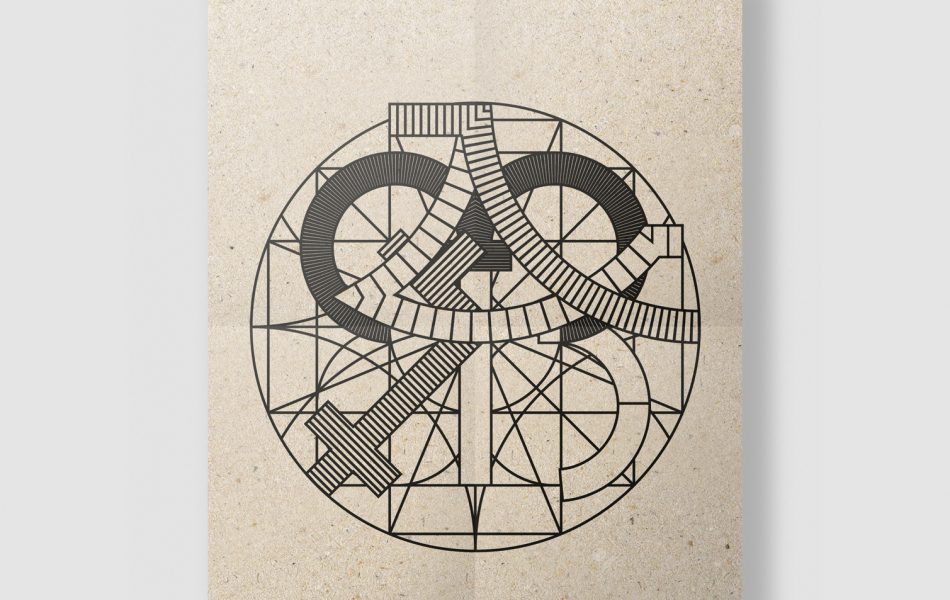 This illustration shows the word ‘Chaos’. Similar to the black and white prints for ‘Earth, Air, Fire and Water’ but with more values used to form the illustrations, f.e. the dashes depend on its numerical value.