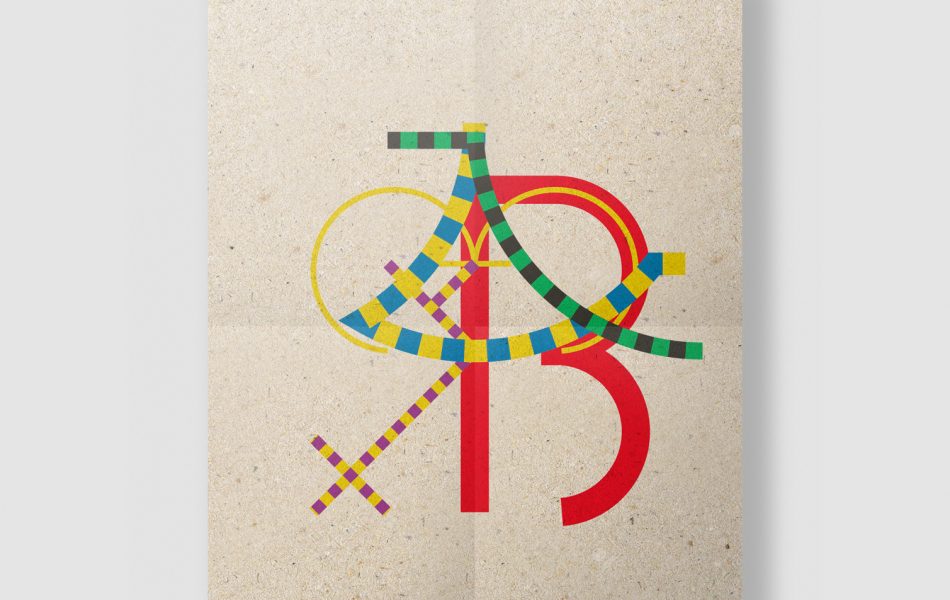 This illustration show the word ‘Chaos’. Different to the black and white prints for ‘Earth, Air, Fire and Water’, more values were used to form the illustrations: the weight of each line and the dashes depend on its numerical value, the colors depend on the classical elements …