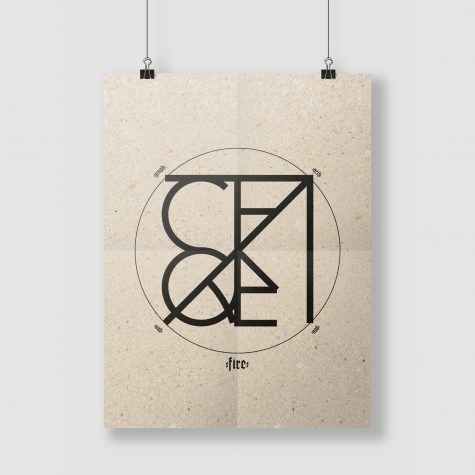 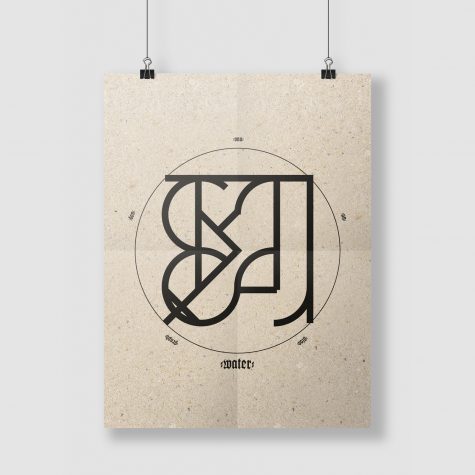 These illustrations are part three and four of the black and white prints within the Enochian experiment. They represent the words ‘Fire’ and ‘Water’.

The drawings for ‘Fire’ and ‘Water’ are based upon the most basic interpretation of the code. Each letter got the same weight and the color black. I used the words ‘Earth, Air, Fire and Water’ as they’re also the main elements appearing in the Enochian Key.